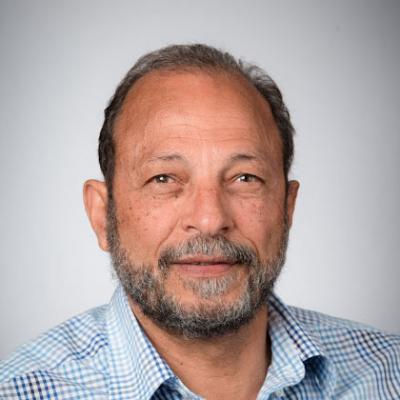 It is with deep sadness that we announce the death of Samir, beloved son of the late Refaat and Helmia Ziada, on August 20, 2018 in his 69th year. Samir was greatly loved and cherished and will be sorely missed by Lynne, his devoted wife of 37 years, his children Hanna and Youssef and their spouses Scott and Lisa as well as his three grandchildren Winston, Owain and Margot, and his extended family in the UK and in Egypt.

Samir was born in 1949 in Cairo, Egypt, the youngest of four siblings. His early brilliance in his engineering studies earned him a scholarship to continue his research in Canada and then the United States. After completing his PhD he was recruited to the Sulzer Technology Corporation in Switzerland, where he enjoyed a fulfilling career and raised his children. In mid-life he accepted a position as a professor of Mechanical Engineering at McMaster University which brought his family to Canada. Samir has been well-respected and liked by his colleagues and students, and has significantly contributed to his academic field, which deals with the extremely complex interactions of fluid and air flows, acoustics and vibrations. His expertise was sought around the world, and he consulted on a wide variety of issues ranging from steam trains to hydro dams, solving many problems considered intractable.

Those who know Samir will agree that he enjoyed life to the fullest. At the time of his diagnosis he felt it was too soon, but also let his family know he had enjoyed all life had to offer, never putting off what he most wanted to do. His family is grateful that he lived a full life, enjoyed great success and knew he was loved.

Samir will be deeply missed by his family, friends, colleagues and students from across the globe. Burial has taken place and a Celebration of Life will be held on September 14, 2018 from 2-4pm at the Great Hall at the University Club (Building #8) at McMaster University. In lieu of flowers, donations in Samir’s memory can be made to the Canadian Cancer Society.