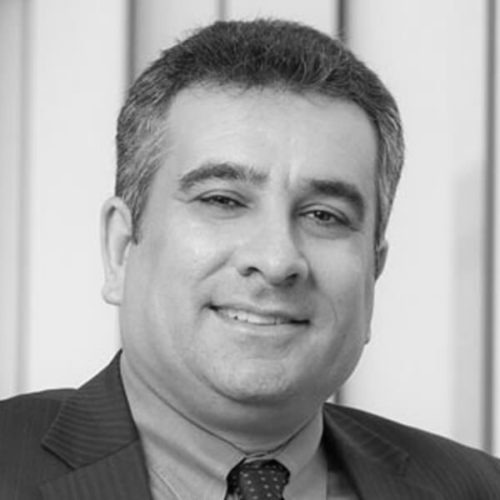 Ali Emadi (IEEE S’98-M’00-SM’03-F’13) received the B.S. (1995) and M.S. (1997) degrees in electrical engineering with highest distinction from Sharif University of Technology, Tehran, Iran. He also received his Ph.D. degree (2000) in electrical engineering from Texas A&M University, College Station, TX. He is currently the Canada Excellence Research Chair (CERC) in Hybrid Powertrain and Director of McMaster Institute for Automotive Research and Technology (MacAUTO) at McMaster University in Hamilton, Ontario, Canada. The CERC appointment receives up to $10 million in federal funding over seven years in addition to significant support from the university. The appointment also includes a new hybrid vehicle research facility that is part of the new 80,000 square-foot McMaster Automotive Resource Centre (MARC) at McMaster Innovation Park. Before joining McMaster University, Dr. Emadi was the Harris Perlstein Endowed Chair Professor of Engineering and Director of the Electric Power and Power Electronics Center and Grainger Laboratories at Illinois Institute of Technology (IIT) in Chicago, where he established research and teaching facilities as well as courses in power electronics, motor drives, and vehicular power systems. In addition, Dr. Emadi was the Founder, Chairman, and President of Hybrid Electric Vehicle Technologies, Inc. (HEVT) – a university spin-off company of IIT.

Dr. Emadi is the recipient of numerous awards and recognitions. He has been named a Chicago Matters Global Visionary in 2009. He was named the Eta Kappa Nu Outstanding Young Electrical Engineer of the Year 2003 (single international award) by virtue of his outstanding contributions to hybrid electric vehicles by the Electrical Engineering Honor Society. He also received the 2005 Richard M. Bass Outstanding Young Power Electronics Engineer Award from the IEEE Power Electronics Society. In 2005, he was selected as the Best Professor of the Year by the students at IIT. Dr. Emadi is the recipient of the 2002 University Excellence in Teaching Award from IIT as well as the 2004 Sigma Xi/IIT Award for Excellence in University Research. He directed a team of students to design and build a novel motor drive, which won the First Place Overall Award of the 2003 IEEE International Future Energy Challenge for Motor Competition. In addition, he was the advisor of the Formula Hybrid Teams at IIT and McMaster University, which won the GM Best Engineered Hybrid Systems Award at the 2010 and 2013 Formula Hybrid Competitions, respectively.